Welcome To Our School

The Salazar Construction Engineering Review started in 1958. From its humble beginnings, SALCON grew and soon it was recognized as a prestigious and an outstanding Engineering Review Center. SALCON became a mark of competence that everybody could rely on.

Year 1983. The nation was gripped in the turmoil of a national crisis. It triggered off severe economic difficulties of rising prices of prime commodities, the devaluation of the peso, the hike of tuition fees and most deplorable of all the closure of some institutions of learning. The concerned family of Engr. Doroteo Salazar who believed in education as the solution to economic and social ills firmly decided to open another quality school which would somehow meet the exigencies of the time. Under the existing conditions the Salcon Institute of Technology as it was then called, came to being. It opened the first and second year classes with 211 students taking the technical curriculum in the secondary department. Indeed, with meager resources at hand, one with a faint heart and with lesser resolve would have just given up the undertaking, but the thought of helping the young, especially the deserving, challenged this family to a decision. After some suggestions Engr. Doroteo Salazar and family fortunately agreed that the name SALCON Institute of Technology be changed to SALAZAR INSTITUTE OF TECHNOLOGY. And from SIT, it is now renamed as SALAZAR COLLEGES OF SCIENCE AND INSTITUTE OF TECHNOLOGY (SCSIT).

School year 1986 – 1987 saw the first crop of graduates SCSIT could call her very own. She nurtured and shaped them from their greenhorn years, until they were ready to begin with their college work. Throughout all these years SCSIT has been holding her banner high in different fields and scholastic endeavors. The school has become the acronym of SUCCESS.

Students leave the portals knowing that SCSIT has played a very important role in the unfolding of their future; teachers are filled with the sense of achievement and fulfillment for jobs well done; but nothing can beat the feeling and fulfilled commitment of Engr. Doroteo M. Salazar, Founder and President Emeritus of SCSIT, who has reached for a distant star and got it, and made a dream and magnificent obsession come true. 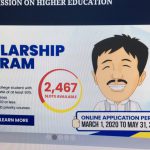